Barnbougle Golf – the story of a spud farmer With one of the most spectacular settings for a golf course anywhere in the world Richard Sattler sits back and reflects on his journey. This year marks 27 years that Richard and his wife Sally have owned their 5,200 hectare property at Barnbougle.

As a natural entrepreneur Richard started off straight out of year 10 at a large agricultural property wool classing.

“The owner came in and he was in a tweed jacket and he looked a million dollars and had a beautiful big old bluestone homestead. I thought, now, jeez, I could be jealous, or I could just aim to do that and one day I can stand at the end of the board in my tweed jacket and throw orders around.” Richard reflected.

Moving on from wool classing via a country petroleum distribution business Richard entered the hospitality business. This progressed from a small Hotel/Motel complex in Hobart to building and purchasing a number of Tasmanian hospitality properties. After some ups and downs (18% interest rates & the recession we had to have!), the hospitality industry was eventually kind to Richard and Sally, helping them fund the 1989 acquisition of their spectacular property at Barnbougle. 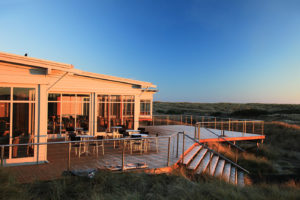 The property sits along Tasmania’s North East coastline with spectacular rolling sand dunes. It has traditionally been used for cattle farming with around 5,000 head, and is also one of the largest producers of potatoes in the State. The hilly sand dunes mean much of the land is unsuitable for farming, however being coastal and dry the sandy soil is ideal for cows calving in the winter.

In 2004 Richard took a huge decision to invest $4 million in the first stage of Barnbougle Dunes which has now become the first of two world class golf courses at Barnbougle. The Dunes was designed to mirror the rugged Links courses of Scotland, and was successful beyond Richard’s wildest dreams.

Later in December 2010 he built the second course, Lost Farm, which includes a day spa, restaurant and accommodation with spectacular views up and down the coastline.

As a long term WLF client Richard still remembers the days of the tea lady dropping off morning tea whenever he visited the firm. And he can still put a young receptionist off guard by requesting a “cream cake” when he enters reception with a smile!

Richard’s business partnership with WLF has been a constant throughout the growth of his business.

“WLF Partners Harv Gibson and Paul Lyons have been instrumental in providing guidance and business insights along the way. From helping navigate the complex tax world through to asset protection, structuring and in recent times succession planning with the family they have been critical in getting to where we are today.”

For WLF, the opportunity to work with Richard and Sally as they have built a business that showcases Tasmania to the world has been incredibly satisfying.

“Richard & Sally’s story is a fantastic Tasmanian success story. From starting with nothing to building award winning golf courses on such rugged sandy country is very inspiring,” says WLF Partner Paul Lyons. “Oh, and their dry aged beef is some of the best you will ever try!”

Harvey Gibson notes that he and the Partners and team at WLF are proud to have been involved with so many iconic Tasmanian businesses, including the Sattler’s.

“When you look at the future of Tasmania it is in our tourism and hospitality sectors, and the Sattlers have lead the way attracting huge numbers of visitors to the State and driving the economy. WLF is proud to be part of the journey and looks forward to the next chapter.”

Barnbougle Golf – the story of a spud farmer 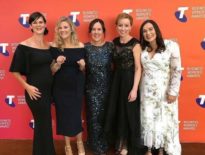 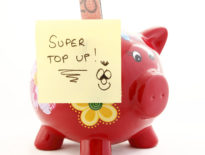 News Navigating your way through the super rules