Employers on Alert for Modern Award and Payroll Changes There are several key changes coming to 22 modern awards and other payroll-related legislation that will take effect from 1 March 2020.  It is important employers take note of these upcoming changes.

Employers will be required to calculate and pay superannuation based on employees’ gross pay – including on any salary sacrificing. Referring to a media release from the Australian Payroll Association, “It will no longer be possible for an employer to pay super only on the reduced salary of an employee with a salary sacrifice agreement.

This is one of two superannuation guarantee (SG) changes that will affect employees who employ on a salary sacrifice arrangement from 1 January 2020 onwards.” The other change referred to will be the end of being able to use salary sacrificing to make up part, or all of compulsory super contributions.

The House of Representatives passed a Super Guarantee Amnesty bill last November (2019). The bill has moved to the Senate and is expected to pass. This will provide employers the opportunity to self-correct any unpaid super contributions in the period from 1 July 1992 to 31 March 2018 and make the Australian Taxation Office aware. The amnesty period will last for six months dated from the royal assent. Harsher penalties, at up to 200 per cent of the amount owed, will apply once the amnesty expires.

You can only claim deductions for payments you make to your workers (employees or contractors) from 1 July 2019 where you have complied with the pay as you go (PAYG) withholding and reporting obligations for that payment.

If the PAYG withholding rules require you to withhold an amount from a payment you make to a worker, you must:

Any payments you make to a worker where you haven’t withheld or reported the PAYG amounts are called non-compliant payments, therefore rendering the payment non-deductible.

In summary, these are important changes, most requiring actioning by 1 March 2020 to stay current and compliant with payroll association guideline expectations and the updated modern awards. Failure to comply may amount to a breach of a modern award and attract civil penalties under the Fair Work Act 2009.

The following is a list of the 22 Modern Awards that will be affected by the new legislation.

Should you need any clarification or assistance actioning these changes, do not hesitate to contact us.

Employers on Alert for Modern Award and Payroll Changes 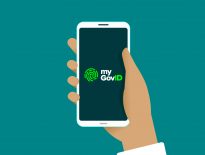 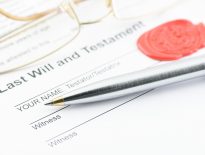