Continued growth in the 1960s with a significant merger 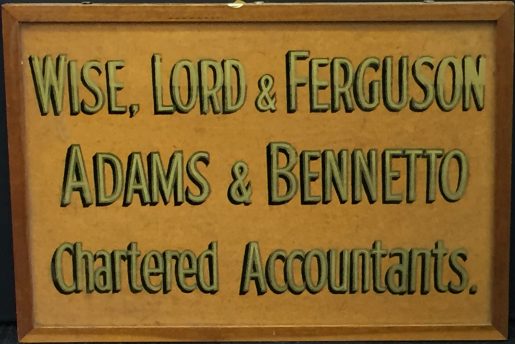 Wise Lord & Ferguson merged with, and acquired, accounting firm Adams and Bennetto. Mr A W Adams had started practice in 1910 and Mr C A Bennetto had started in 1919.

The relationship between the two firms had originated through Mr Ferguson and Mr Adams, both of whom were auditors for the Savings Bank of Tasmania.